Pride disguises itself as something beautiful....

The refugee
who flees from her God with much abandon and yet is yanked back into his embrace and wrapped around his finger again just as when she was a child, watching a game of tether ball....

because no one could resist one of those unnecessarily large dill pickles
from the 'Snack Shack' during recess....

And here I am, yelling until my lungs bleed, "I'M NOT A KID ANYMORE THOUGH GOD!"
as my mouth waters thinking about those dill pickles.....

I don't have crinkled up dollar bills, gross and damp for the snack lady to receive in exchange for that sour snack. I don't scuff my knees on the assfault when I'm chased by the boys on the playground anymore. I don't get pushed off the wall by that dick-weed Jessie who had a "crush" on me and made me have to wear a neck brace when I was in the 4th grade because he "liked" me so much, and so he he pushed me off of the fence and scared my parents half to death when the ambulance put me inside of it and hauled me off....

but his mom was too broke to pay our hospital bill....her money couldn't fund is short lived infatuation

but none of us had money that year either, "Jessi's Mom." And this is where we have a conversation with our sons and teach them how to not be total dicks... but the next time "Jessi" decides to "like a girl", tell him that Cheetos go a long way. Just buy her something from the Snack Shack.... This is my advice to you, "Jessi's Mom".

Lately, I've felt a lot like that teather ball at recess.

The way it reaches as far as it can go, wind racing around it's curves and then right when you feel so free & comfortable, it jerks you even faster around and tighter and quicker.... you no longer belong to that wind or that freeness you felt.

Chaos is it's name-that feeling you feel when you're wrapped around that teather ball pole until suddenly you just STOP.  Ive been streched out and drawn closer than I ever wanted to be. I've been drawn to my knees in tears....and shaking....and vomiting.... and this is what it takes to surrender. This is what the hardened heart of a woman who has too much pride to stretch out to her God, and too much knowing to know that she knows very little..... pride is a beautiful creature that lures you in and right as you get close enough to get a good look at it's beauty, it pecks your eye out and then....and then you see nothing.

Nothing has felt normal or good or real. I went to bed last night drinking in the sleepy promise that I'd get a few hours to not think or be grabbed or kissed or wanted or annoyed.... then I thought, "Welll shit, I'll just wake up to it all again tomorrow....so what's the point!" and that's exactly the sobering moment when your whole world suddenly stops & you are made to sit still & wait until that rope feels loose enough again to unravel & that's where you are made beautiful.


That's where you feel free again.
Posted by Chelsea 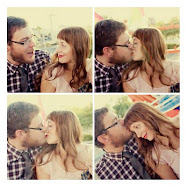